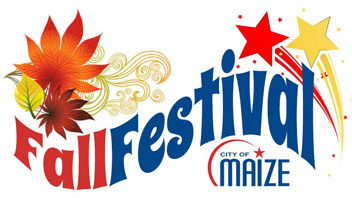 Mark your calendars now for this year's Fall Festival. The festival will be held Friday, September 30 - Saturday, October 1, 2022 in the Maize City Park located at 401 S. Khedive.

Vendor Registration is now open! Register your business, arts and crafts, groups, fundraisers , etc. for Saturday, Oct. 1!  And, we have spots available for  Food Trucks.

Sponsorships are now available for all businesses! There are sponsorships for every budget! Contact aduntz@maizeks.gov with any questions!

Visit the festival website at http://maizefallfestival.com or the festival's Facebook page at https://www.facebook.com/MaizeFallFestival/ for updates and more information. 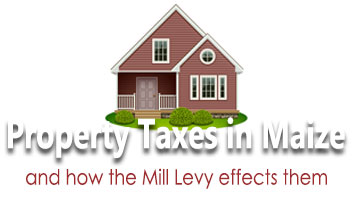 Have you ever wondered about the property taxes you pay in Maize and how the Mill Levy effects them? We have created a page to show you where the property taxes you pay go and how changes to the Mill Levy effects them. While no one likes paying taxes, property taxes are the primary source of funding of government entities such as the city, county, fire district, school district and others.  These funds are ultimately reinvested back into the community to provide infrastructure improvements and the service you expect.

Visit our Property Taxes in Maize and how the Mill Levy effects them page to learn more.

From the City Administrator - July 2022:

CITY BUDGET INFORMATION
As with all of your household budgets, the cost of doing business for the city has increased significantly. Adjustments are ongoing and the current 2022 budget remains within projected parameters and all obligations are being made. Additional adjustments are anticipated toward the end of the year.

As with other businesses, maintaining quality personnel is challenging. The City Council is very supportive of our "work family" and has taken steps to insure competitive wages and benefits for our employees. The demands for City services have never been greater. A secure and stable work environment provides both the financial and operational strength required to meet these ever-increasing demands. Thank you, Mayor & Council.

The development of the 2023 Budget is underway and will be completed by the end of August. In brief summary, some components of the working budget include a priority of safety in schools. In partnership with USD 266, three additional School Resource Officers have been requested, allowing for a total of six SROs to cover all of the schools in the USD 266 district.

Public Works is recommending two additional personnel and administration will be recommending upgrades for technology city-wide. Street maintenance and project funding will remain a priority and adjustments for the unprecedented inflation is considered. No increase in the taxing mill levy is recommended.

Maize continues to "lead the State" In growth and development. According to the 2020 Decennial Census, U.S. Census Bureau and as published by the Kansas League of Municipalities, Maize is the fastest growing City in Kansas based on the percent of population change between 2010 and 2020: +67.7%. We can feel it with the current 20 housing additions either under construction or in the planning stages, which will create hundreds of new homes to be constructed. 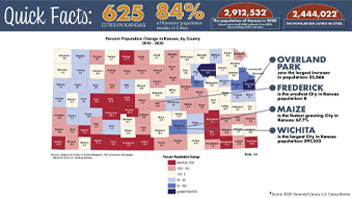 With residential growth comes interest and discussion for new commercial activities which are underway with some construction anticipated later this year. Planning for the expansion of the "Maize Industrial Park" is in the advanced stages with additional development projected. The City continues to extend utility services to meet the growth demands. The new 53rd Street and Tyler Road water main project is under construction and the new 119th Street sewer main will be constructed later this year. Street maintenance and sidewalk expansion is a top priority with several street upgrades and sidewalk additions in the works as summer construction time unfolds.

State partners with Maize for Pedestrian Safety on Maize Road

In the fall of 2020, the City of Maize applied for a highly competitive grant through KDOT’s Cost Share Program for the purposes of installing a crosswalk with pedestrian activated caution lights on Maize Road just north of Academy Avenue. With letters of support from Commissioner Lacey Cruise, Councilwoman Karen Fitzmier and USD 266; the project was one of a few selected for funding from the entire State.

The KDOT Cost Share Program provides financial assistance to local entities for transportation projects that improve safety, support job retention and growth, improve access or mobility, relieve congestion and help areas across the state improve the transportation system. The City of Maize was able to leverage taxpayer funds by matching local funds to the $45,000 gift from the State.

This summer, Wildcat Construction constructed the project. This project will compliment the 2022 Academy Avenue project which will feature wide bicycle and pedestrian paths on both sides of the street (stay tuned for an interactive website!).

The City is developing a plan, Maize in Motion, to make bicycling and walking in Maize easier and safer.

It will identify a future city-wide pedestrian and bicycle network, along with other improvements (parking, signage, and lighting). Maize in Motion will also suggest linkages to surrounding communities for regional connectivity. During the effort, the City, WAMPO, and Core Team will reach out to community members for feedback on issues, opportunities, recommendations, and priorities.

Visit the following links to learn more about Maize in Motion and to provide your opinions on what you would like in a city-wide pedestrian and bicycle network. 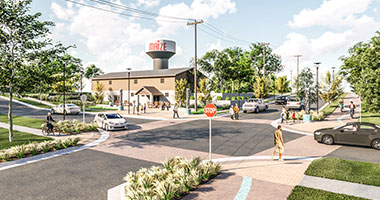 The City of Maize is developing a Master Plan to create a safe and walkable core in the community, a place of identity that lets people know they are in Maize. Academy Avenue and Park Avenue were identified as destination points for reimagining this  experience in Maize. The first step is to identify a cohesive community vision for the future of the district - whether you live, work, visit, or just travel through Maize, we want to hear from you!

Through the integration of its population into every aspect of quality education, civic improvements, community appearance, commerce and recreation, Maize shall preserve its small town atmosphere and become the best small city in Kansas.